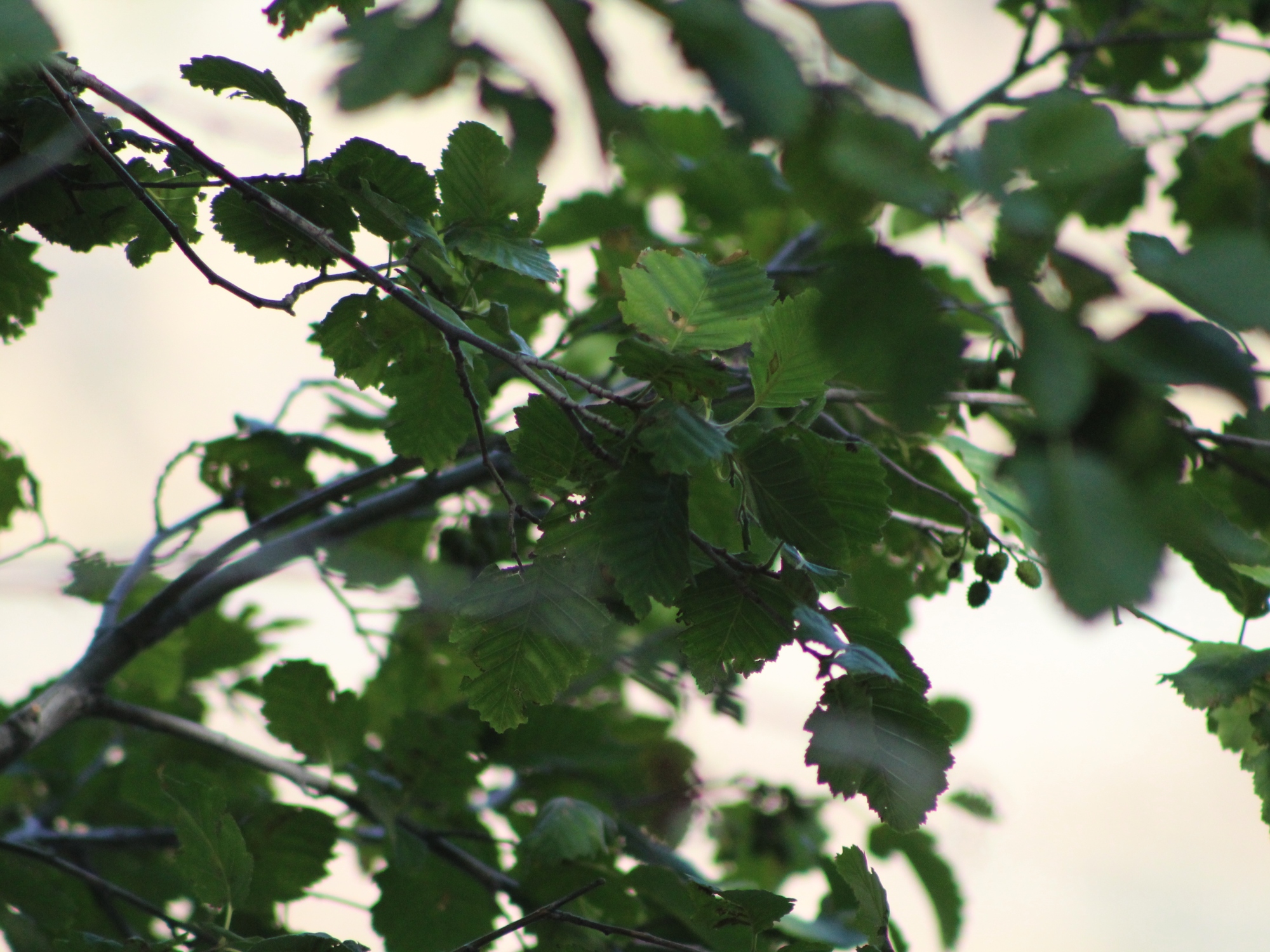 I know that the first thing I said when I restarted this blog was that I wanted to keep it light, keep it simple, keep it happy. But that isn’t always possible because lets face it, this is life. REAL life. Things aren’t always butterflies and rainbows, and even when they are, sometimes it’s the difficult things that allowed us to get there.

Lately, I’ve been feeling really passionate about sharing stories. I learn a lot from people’s stories. I am an avid blog follower and YouTube viewer because I like to watch people’s lives. Because I don’t want to watch a TV show and I don’t want to read a novel; I want to know that there are people in the world who are surviving things that I’ve survived and living lives that I want to live. I want to see real people struggling through life on a daily basis; I want to know how they do it.

As an introvert, I’ve spent my whole life analyzing people. I find strength in knowing how people function, how they think, how they get through things and how they process their problems. And I think a valuable way to do that is through sharing stories. If no one knows your story, then chances are you won’t know theirs either; if you continue to live like this, the likelihood of finding people who understand what you’re going through is very slim. There are always people who understand your problems, who have been through the same things. But if you don’t share those things and if you aren’t open to them then there’s no way you’re ever going to know that.

I’ve always been a really secretive person and I’ve always been very private. And I feel like in a lot of ways this has held me back. Back from forming genuine relationships with people. Back from truly being able to understand myself through meaningful and open conversations. I have let my own doubts and insecurities hold me back from genuine connections. I am no longer willing to let that be limiting.

So today I want to talk about mothers.

I am a very non-confrontational person, so usually I steer clear of controversial topics, but avoiding something doesn’t make it go away. It’s taken years of healing and a lot of deleted writings to get me to a place where I feel like I can share this on a public forum. Here goes nothing.

I think I always get a little bit introspective and emotional, maybe, around Mother’s Day. A number of years ago, I suffered a miscarriage, and a year or so later, another. That is a very short version of a very long story but that’s not the point of this post.

The point of this post is Mother’s Day, is to acknowledge this day when we celebrate our mothers. Because I think that this is such a valuable day. I have been reading a lot of really interesting, really controversial articles lately on who celebrates Mother’s Day, on who the day is for, on the purpose of it. On all of these things. And the really big issue surrounding Mother’s Day is whether or not having a child physically in your arms is what constitutes you being celebrated on Mother’s Day.

As a logical person, I can see both sides. I completely understand how a woman holding her child doesn’t feel that someone else who is not holding their child deserves the day in the same light that they do. And I agree with that, I think that there is a very big difference between knowing that you’re going to have a child and feeling like a mother and physically having that child and experiencing all that comes with being a mother.

But I don’t think that either one of those things is made invaluable by the other. I think that Mother’s Day is a day to celebrate the mothers in your life. It is not a day that is defined by having a child. I think that there are many, many women who do not have children who should be celebrated on Mother’s Day. I know many loving aunts, godparents, sisters, who have been mothers in the lives of those around them, and I think those people deserve to be celebrated.

I’m not asking for another aisle of Hallmark cards for “all of the mothers in your life.” But what I am asking for is a bit of understanding.

If you have ever experienced the unconditional love that comes with a child, even if you didn’t get to keep it, I think that you are a mother. And I think that you deserve this day just as much as any other mother. Even if all that means is flowers from your husband or a moment to yourself.

Unless you have been through a miscarriage or a stillbirth, you might not know how incredibly difficult it is to find yourself on Mother’s Day without the child you were expecting to hold. When you were expecting to have a baby and to celebrate this day—you looked forward to this day, you thought to yourself I’m going to be a mother—and the day came and you did not have that baby. I don’t care why you don’t have that baby anymore, what circumstances got you there, you celebrated that day before it came and you mourn the fact that you no longer get to celebrate that day. And that makes you a mother.

In the beginning, my husband and I would take days like this—Mother’s Day, my due dates—to celebrate the lives of our babies. To cherish the memories we do have and mourn those we’ll never get to make. But I think that somewhere along the way it slips away.

It’s not that they become any less important or that you love them any less but you have less time and life gets busy and they’re not here demanding your attention. And sometimes you just let those days slip by.

Not even that I realized it in the moment or that on that day I thought I can’t believe we aren’t celebrating this but I looked back on it and realized that not celebrating it hurt more than if we had. Not acknowledging that those children existed, not acknowledging that I felt like a mother, and that I tried to protect those lives like a mother hurt more than thinking about it.

When you are 17, there are voices around you telling you that you should get an abortion, telling you that your life is over. And then you have a miscarriage, and people call it a blessing, because you are 17 and your life was over. And people think that that’s how you should feel. That hurts. And then going through Mother’s Day and having people think thank God you’re not a mother today because man that would have sucked. What are you supposed to feel? There’s all of these people around you telling you what to feel and you don’t know where to turn, what to do. And I think that is the scariest part of all, and it hurts the most.

Whether you’re struggling through the adoption process, in the midst of an infertility struggle, have lost a baby, or have one in your arms, happy Mother’s Day. Now go call your mom, or your aunt, or any other mothers in your life, and wish them one too. No matter where you are on the journey of motherhood, you are valued.

I am so incredibly thankful for my mom and for the strength she has given me. And that despite her 2 miscarriages, she was able to carry both me and my sister to term. She gives me hope.

NPR: People Have Misconceptions About Miscarriage, And That Can Hurt

“I felt, and feel, literally broken, and betrayed by my body,” wrote one woman. “It’s irrational, but there is such a deep shame attached to not being able to carry a baby to term…. I don’t want another baby, I want THIS baby, the one I thought I would have, the one I started planning for, hoping for, dreaming about, talking to. All that got taken away from me.”

“I felt alone until I realized there is this big, secret miscarriage club — one that nobody wants to be a member of — and when I realized it existed, I felt angry that no one told me they had active membership.”

Huff Post: Men Speak Honestly About the Pain of Mourning a Miscarriage

“You’re in that support role for pregnancy, so when it translates into loss, I don’t know how to pick that up and all of a sudden make it mine.”

“What I found once I opened up is there were so many other men who equally had been challenged in this area but had almost been told to go away silently and deal with it — ‘that’s what men do.’ And the reality is our hearts break just like a female’s.”

BuzzFeed: Why I Don’t Want My Miscarriage To Stay A Secret

“No one I knew ever posted to Facebook, ‘I had a miscarriage today.’ I was ashamed to admit that I couldn’t look at my friends’ baby pictures on my feed. It was easier to share how well other parts of my life were going on Facebook than tell people that I had developed a lovely habit of bursting into tears while driving.”

“What I’ve learned is that there is no ‘getting over it.’ The grief of my loss is part of me. It always will be. Now instead of being ashamed to tell anyone on Facebook, I’m going to break the bad-news barrier and say it: Last fall, I had a miscarriage.”

The New York Times: Saying It Loudly: I Had a Miscarriage

“We shouldn’t feel ashamed of our traumas, nor should we hide the consequent grief. It’s not that I necessarily feel proud of having a miscarriage, but I do feel compelled to question why it seems as if we rarely talk about pregnancy loss, though the statistics are staggering.”

Huff Post: You’re Still a Mother on Mother’s Day if You’ve Had a Miscarriage

“Women who never have the opportunity to give birth to their conceived children are still mothers. Often times, those of us who do not have a child to lift out of a crib every morning or pick up from school in the afternoons are forgotten because we do not have the physical proof of having a child. Nevertheless, we are still mothers.”

“From the moment we see those two parallel pink lines indicating “pregnant” on an at-home pregnancy test, we become mothers, regardless of whether or not we get the opportunity to welcome that child into the world.”

“Remember those who have survived miscarriage on this coming Mother’s Day; it is especially difficult for them on this day, but your sentiments will brighten their spirits despite the emptiness they will feel.”

Missy Lanning: Portrait of a Mother

Don’t Talk About the Baby

Please pass this along. I don’t ever want anyone to feel as alone as I did. You are not alone.

One thought on “Defining Mothers”

when you fall asleep in the car but wake up outside with your brother in your face 🤣
there is a little library near us and this girlie’s favorite thing to do is walk there and pick a few books ♥️ we also donate there frequently to keep up the stock #littlelibrary
these three ♥️
wagon babes #keenz #keenzstrollerwagon
Evelyn drew Baker, clearly she’s quite the artist 💁🏻‍♀️
this picture is blurry but I don’t even care 🥰
Join 28 other followers
%d bloggers like this: